TAG Heuer Monaco, an icon without brakes and at full throttle

TAG Heuer Monaco, an icon without brakes and at full throttle

TAG Heuer Monaco arrived on the starting grid with an air of rebellion in 1969, leaving everyone speechless with his decidedly avant-garde look concentrated in a box never seen before, and since then, with all his subsequent versions, he has not yielded to any other competitor his deserved. pole position in the watch industry. 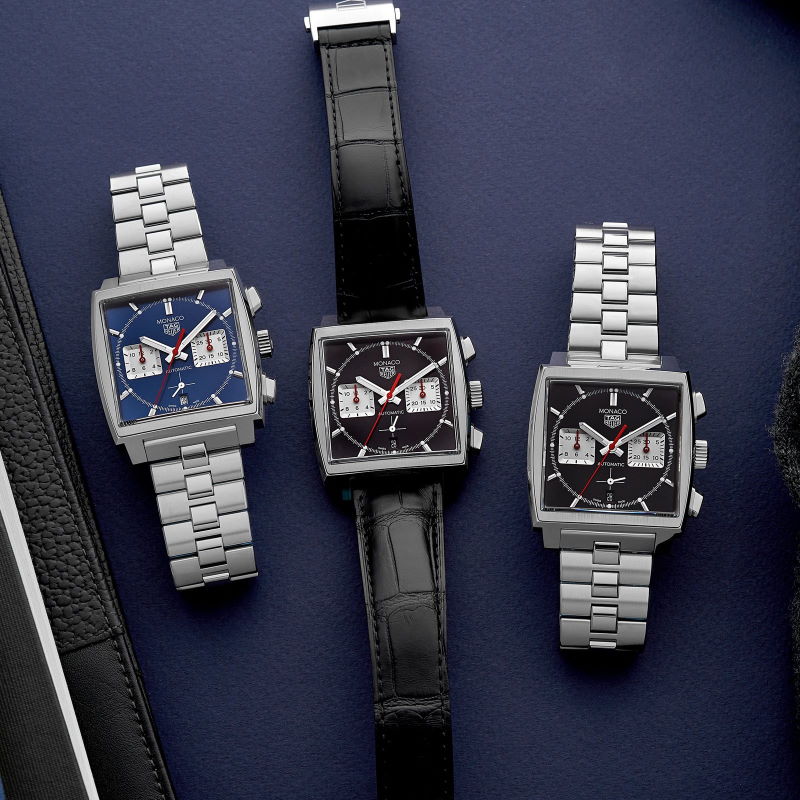 This time we present the two watches:

TAG Heuer's first Monaco model (Heuer Chronomatic Monaco 1133B) was launched on the market on March 3, 69 simultaneously in Geneva and New York. Quickly, the watch became on everyone's lips for embodying the classic essence of the Swiss firm, but at the same time breaking with all the aesthetic codes of that time in terms of watchmaking. 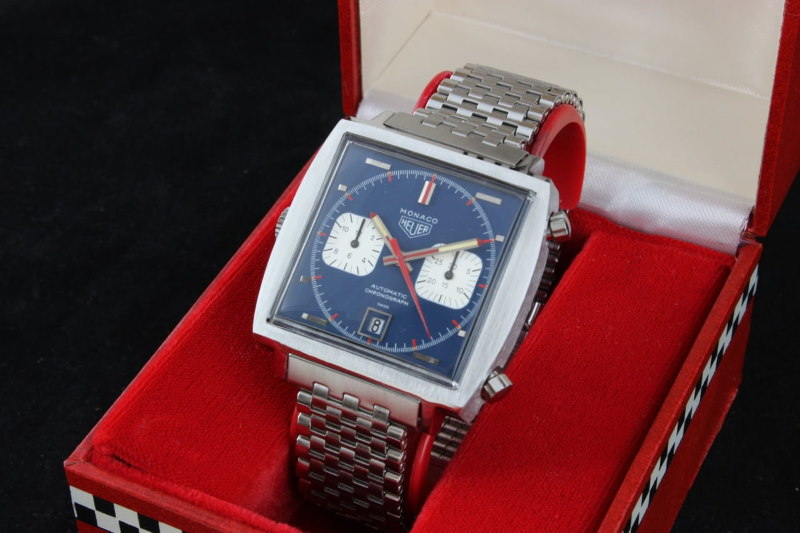 It featured, for the first time in the history of Swiss watchmaking, a large square case with sharp angles, instead of a round one as tradition dictated. Furthermore, he was the first hermetic and automatic chronograph with such characteristics. Inside it, the Caliber 11 made its debut, a completely groundbreaking new mechanical movement, as well as other aesthetic elements such as the use of a domed plexiglass crystal or the incorporation of the crown on the left side.

It did not take long for him to become a legend, and he did not take long to attract the attention of personalities such as Jo Siffert, the famous Swiss racing driver who just a year later, in 1970, made his appearance on the set of the film 'Le Mans' (1971) from the hand of Jack Heuer, businessman and today Honorary President of his eponymous firm, to perform stunts and train the famous protagonist, Steve McQueen. 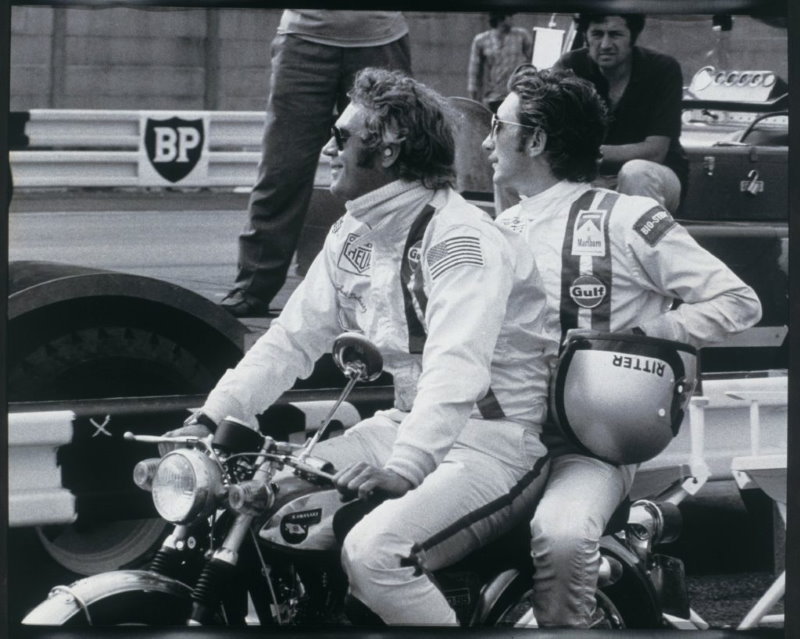 Siffert was undoubtedly the first car driver to become an ambassador for the watchmaking firm, and at the same time it was also McQueen, named the 'King of Cool', who would make TAG Heuer and Monaco shine on the big screen and at the level. international.

The American actor, a devoted fan of motorsports and racing, already had the focus on him as a speed legend after his starring role in the film 'Bullitt' (1968), in which he appeared burning the wheel on his beloved Ford Mustang GT green color 'Dark Highland', so after filming 'Le Mans' with his Monaco hugging the pulse, both his destiny and that of the innovative chronograph announced his metamorphoses into icons of watchmaking, cinema and motorsports. 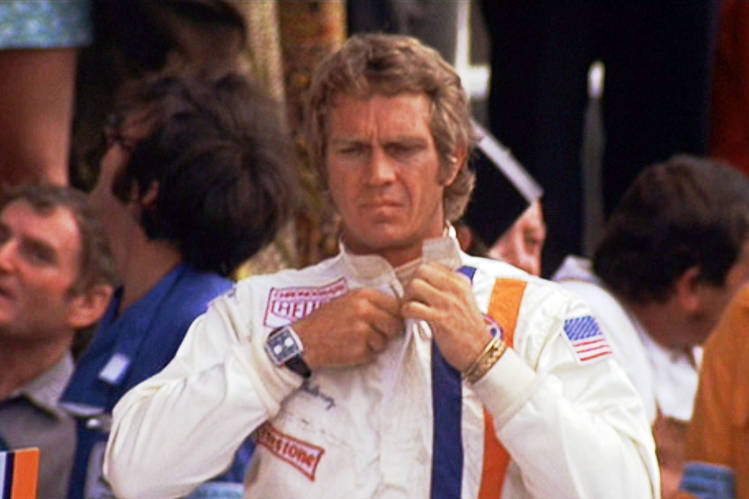 Needless to say, the exquisite TAG Heuer model has always been closely linked to McQueen and the world of racing. In 'Le Mans', the actor donned the overalls of Siffert himself, Jack Heuer's friend and watchmaker ambassador, and raced in a fictional 24 Hours of Le Mans (although the film also included real recordings of the last race) with his watch.

At the time, this was a somewhat different and groundbreaking film, like the Monaco, so the model was expressly chosen. Since then and until today, as is logical, the TAG Heuer Monaco has evolved over time, both aesthetically and internally, seeing changes in its diameter, type of strap or the colors used.

Of course, its square box has always been maintained, of course. Although there are countless versions for all tastes, including the one known as ‘The Dark Lord’ (The Dark Lord) for its entirely black look, the most current ones have captivated us. 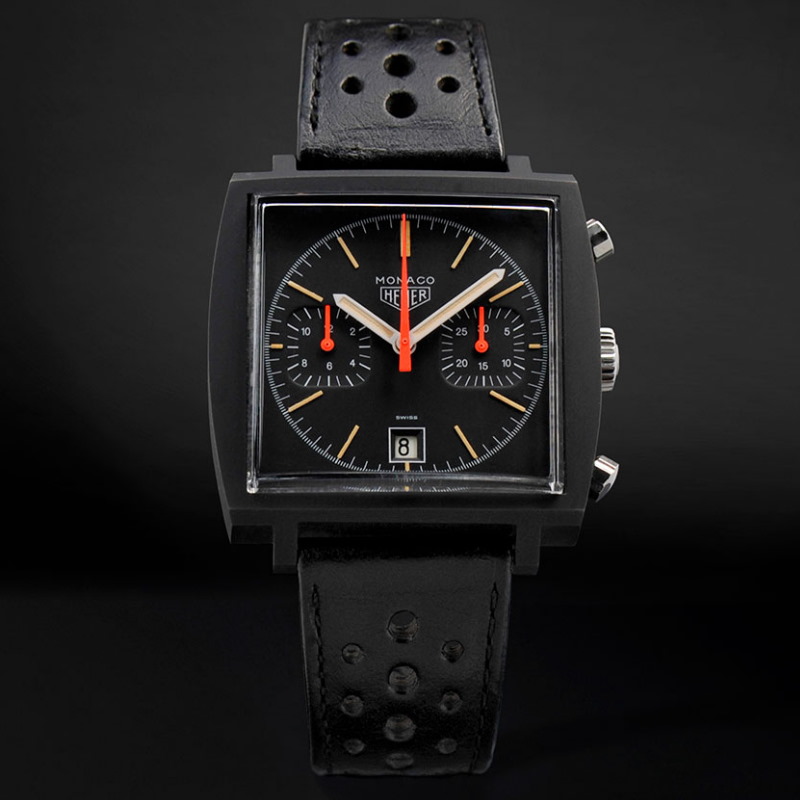 Adding elegance, sportiness and charisma to the pulses of thousands of fans at full throttle, is the TAG Heuer Monaco Caliber Heuer 02 CBL2111.BA0644 blue dial. 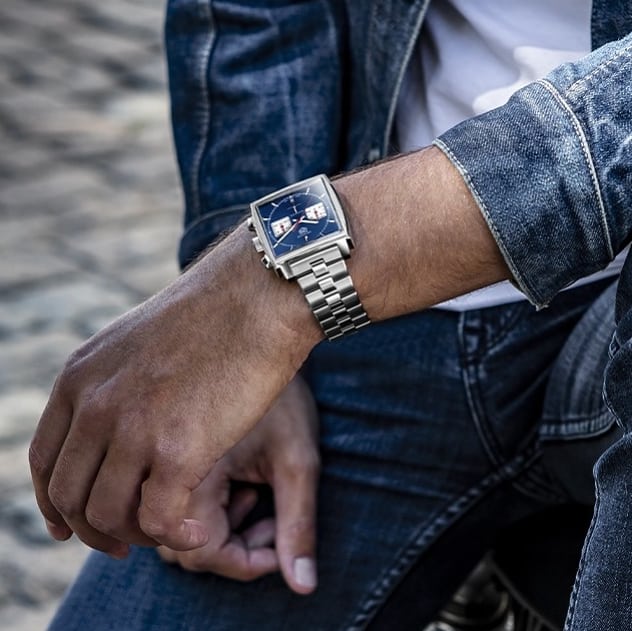 If what you are passionate about are black spheres, we have the TAG Heuer Monaco Caliber Heuer 02 CBL2113.BA0644 with black dial. 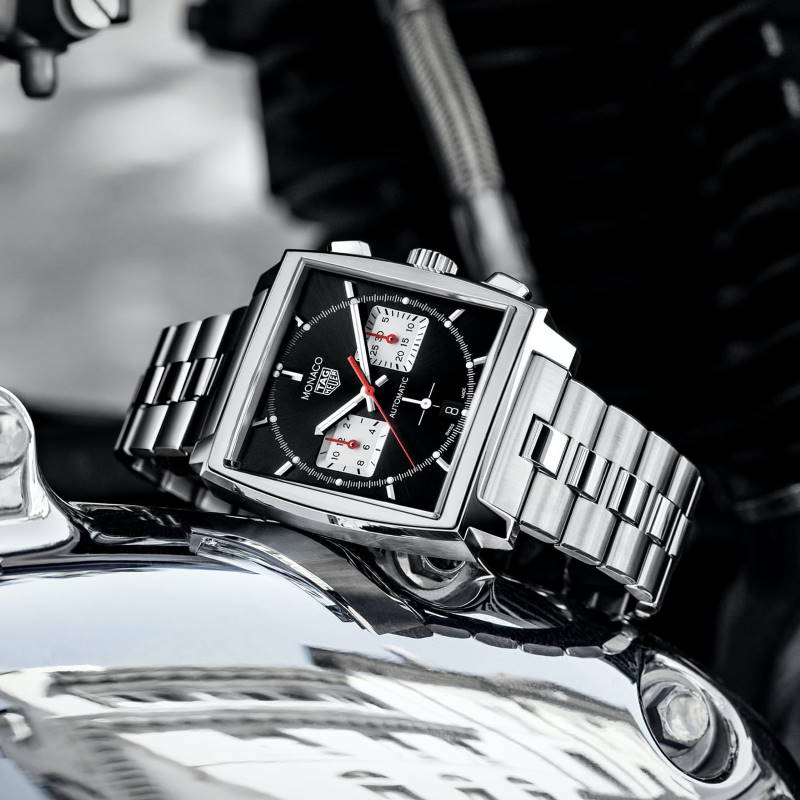 Sporting its mythical angular case, this time with a size of 39 mm and made of polished stainless steel with a satin finish, this version becomes one of the most coveted of the moment. It has a satin blue dial with a “sunburst” effect, as well as applied indexes and a permanent seconds hand in contrasting red. Just as the versions of a few years ago moved further away from the retro aesthetic of the first Monaco models, this is a true tribute to the original TAG Heuer Monaco. 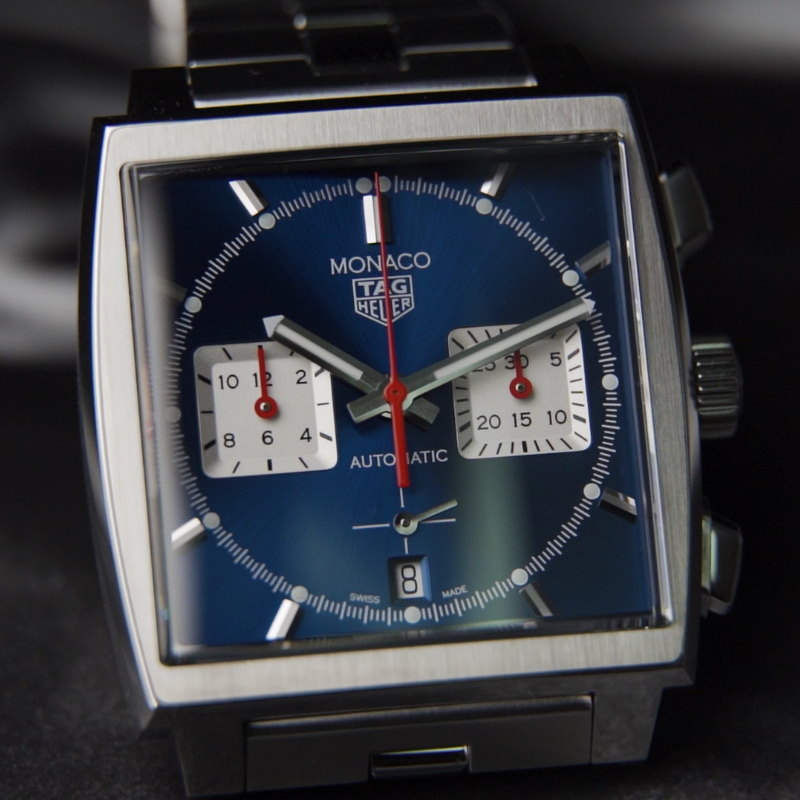 The new model prides itself on its remarkably retro look and makes this evident through its bold steel bracelet, which is certainly inspired by Monaco watches from the early 1970s. Having been redesigned, it is made up of polished H-shaped links. that make it an extremely comfortable piece that conforms to current standards and ends up being completed with a folding clasp with push buttons. 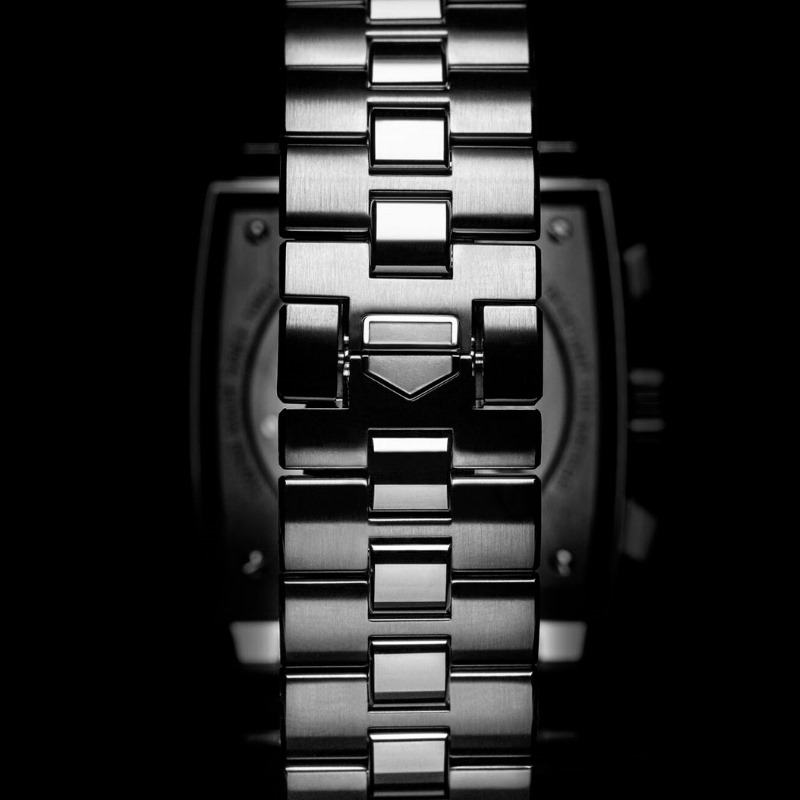 However, although it has that retro air that you fall in love with so much, the engineering that resides in its heart is state-of-the-art. Visible through its domed and beveled sapphire crystal, the impeccable Caliber HEUER 02 automatic movement is presented as one of the brand's latest in-house manufactured marvels, offering the functions of hours, minutes and seconds, as well as all the functions of chronograph: 1/4 second, 30-minute counter, 12-hour counter and date. 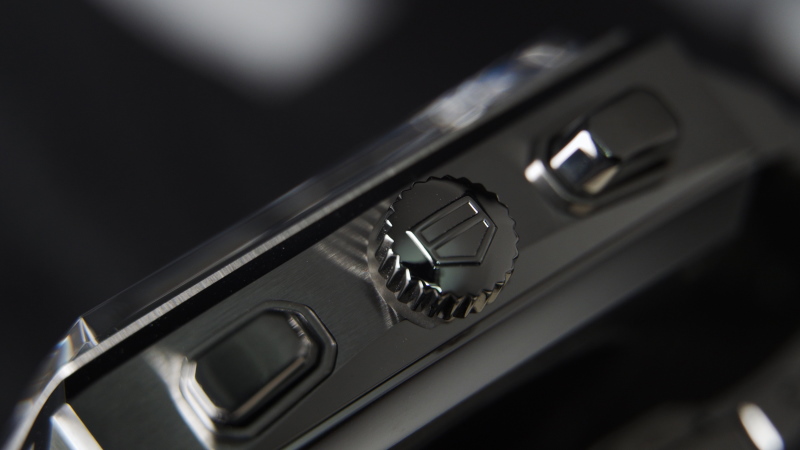 It is equipped with a vertical clutch system, column wheel, and guarantees a power reserve of 80 hours! 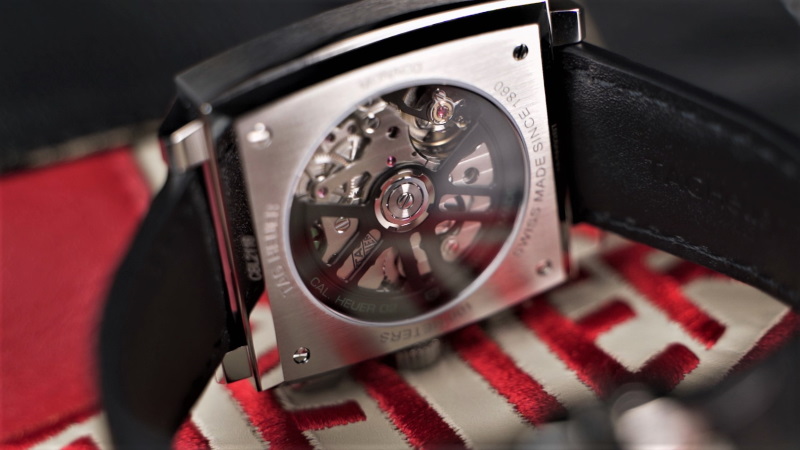 On the other hand, and following it very closely, is the surprising TAG Heuer Monaco Green Royale Limited Edition CBL2116.FC6497, manufactured as a limited edition of only 500 pieces to celebrate the Historic Monaco Grand Prix of which TAG Heuer is timekeeper and official sponsor. Moreover, since 2011, the firm has been an official partner of the country's GP together with the Automobile Club of Monaco. 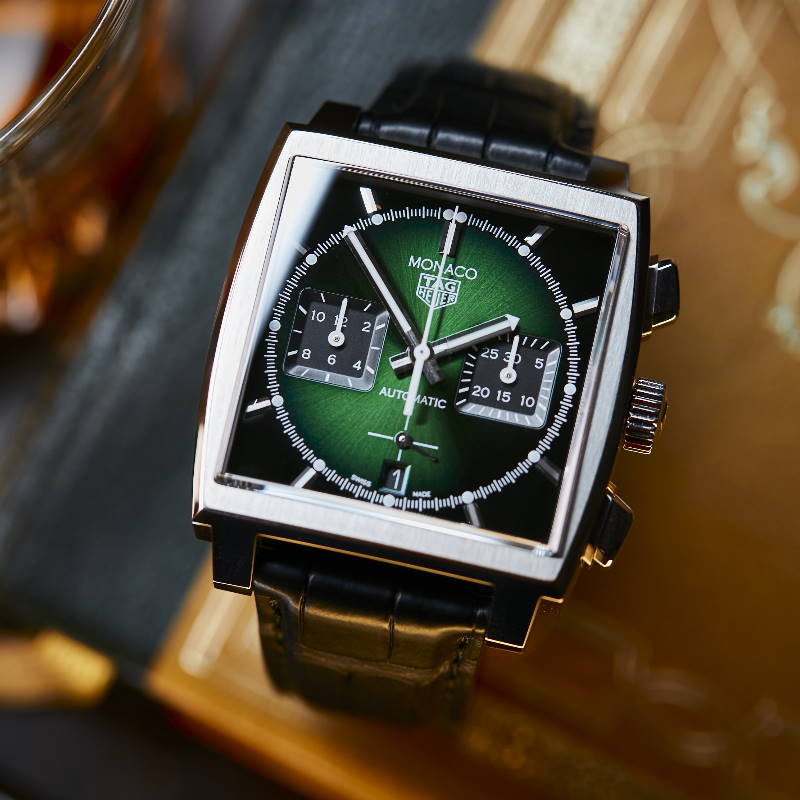 Like the previous model, it refuses to conform to convention with its 39mm square case, but opts first to go with it with a completely different bracelet. In this case, the stylish strap is made of black alligator leather, and is secured with a folding clasp with the engraved TAG Heuer crest.

For its part, the case of the Monaco Green Royale is also made of perfectly polished steel, but the sphere that lives in it is of a color never seen before, a very deep but subtle green that presents us with an even more daring face of the firm. As a whole, the marks engraved on the oscillating weight and on the column wheel of its internal Manufacture movement, the aforementioned HEUER 02, are also green. As for the other functions and elements, like the TAG Heuer Monaco Caliber Heuer 02, this limited edition version also sports the solid domed sapphire crystal that protects the dial and features iconic curves, and offers a water resistance of 100 meters under Water. 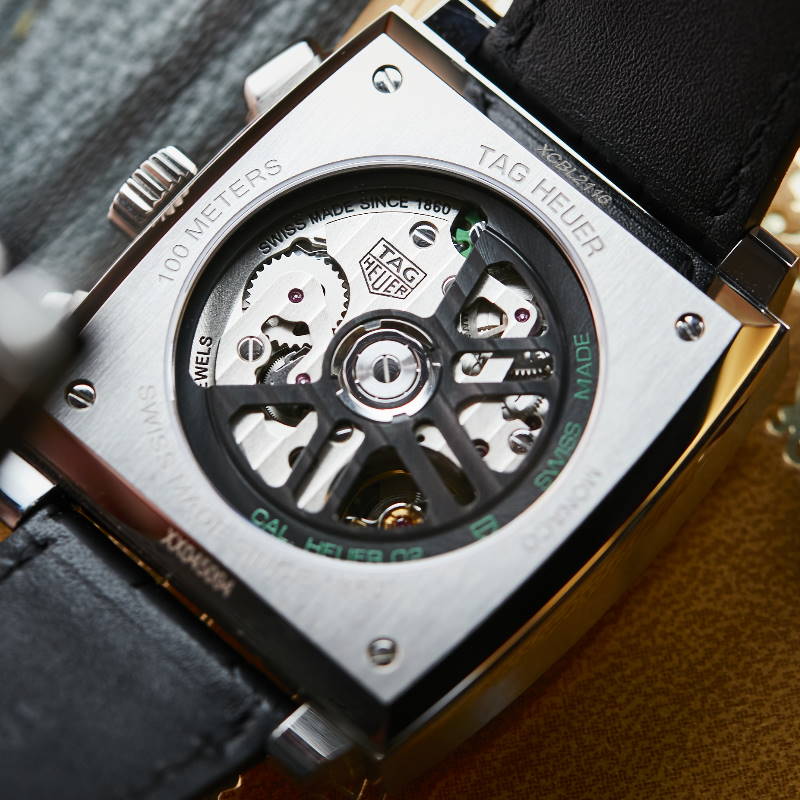 Unquestionably, both versions of the beloved Monaco, an emblem and a timeless ode to rebellion, are a wonderful option both for fans and loyal fans of TAG Heuer and for those who want to get started with the pieces of this renowned Swiss brand. And, of course, if you are a lover of motor racing, speed, cinema, or simply good watchmaking with a touch of elegant rebellion, there is nothing more to talk about: the TAG Heuer Monaco in any of its versions is a safe bet.

In 1969 this model already changed the face of Swiss luxury watchmaking in a millisecond with its revolutionary character, and today it continues to lead the race in the industry without anyone stepping on its heels, or rather the hands.