One of the most noticeable qualities of Longines is its constant dynamism and adherence to the needs of the customer.

Longines rigorously self-improves, with their strong men's watch collections and a focus on tradition, elegance and accuracy. 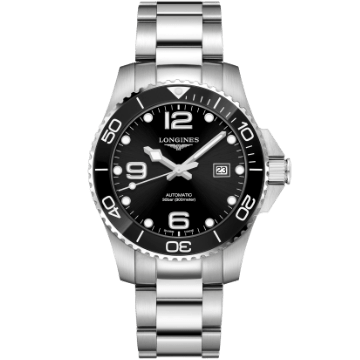 The PrimaLuna collection in particular has filled a self-identified gap for ladies in 2009 and ever since Longines has captured and retained the hearts of women worldwide in search of traditional gentility to grace a contemporary wrist.

Longines has been based at its headquarters in St Imier, Switzerland since 1832. The company’s winged hourglass logo is the oldest of any watchmaker. Founded by Auguste Agassiz, the company originally sold watches made from components that were outsourced and started to build links around the world – particularly in North America.

Longines has an extensive range of classical, diving and sports watches and chronographs for both men and women. Longines was the official timekeeper at the first modern Olympics in 1892 and since 2007 has been an official partner of the French Open Grand Slam tennis tournament.